How you ever been in such a great haste that you have trampled over things and jumped over people just so that you reach wherever you wanted to reach in the specified time that you intended to reach in and then realised that you were counted amongst the early birds to reach there? All that energy and pomposity for nothing! The whole air of importance down the drain. Taking sheer stress for some non-existent great cause. 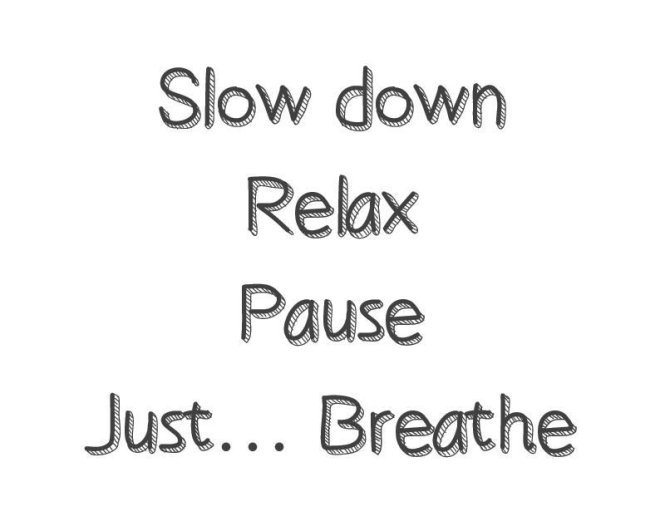 Often times, we lead a life full of rush. In the moment, we do believe that we are doing some important work. But if we reflect upon it later on, we realise that we were only coming from nowhere and going to nowhere. Funny, isn’t it? A few examples may hopefully clear my viewpoint.

Being a Mumbaikar, the best example that comes to my mind is of local trains. Countless people have lost their dear lives just because they decided to travel on the dashboard to reach their office on time and incidentally fell off to their imminent death. What’s the need to hurry? The next train was anyways going to arrive in a couple odd minutes.

Another example which everyone, irrespective of where you live, can relate to is that of crossing signal, when it’s just turned red. Most of times people get lucky, but not always and an accident, which otherwise could have been averted, inadvertently takes place. If there’s some emergency, then I’m willing to agree with the cause, but not contrarily. I mean, the world isn’t ending behind you that you can’t waste time waiting at the signal, right?

Now, I believe that everyone is busy or atleast try to be busy so as to assume some importance, so as to beat the monotony of their life which is utterly colourless when they compare it with that of their peers. Let me tell you one thing, all are leading the same life, though it may manifest itself differently, but in the end everyone is unsatisfied by their own and amazed by that of others around them.

I don’t want you to live perfectly. No, that’s not what we were ever meant to do. I’m asking you to live it fully. Next time, if you have reached the parking lot and your favourite song starts playing, take some time out for yourself and enjoy the music. No one cares if you reach your desk five minutes late, but on the other hand, you will sit down at your desk with a renewed spirit, which will help you to work optimally. Even your boss will not say NO as it saves his cash, which otherwise would have gone into motivating the employees. 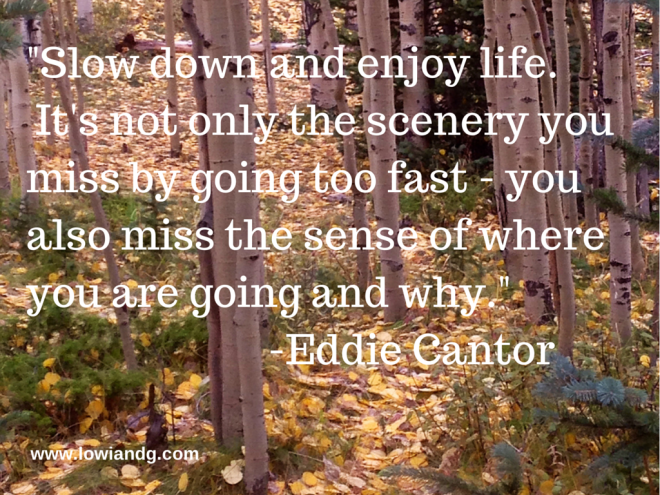 Again I would like to reiterate that I am not asking you to stop living life in the way you are accustomed to do, but just imploring you that for a day try slowing down your pace a bit. Feel the moments as they pass. You will end up feeling less exhausted, more ebullient and in general, a bit more zestful. And that’s the whole point of being, won’t you agree?

In this journey of life, keep your eyes on the wonderful backgrounds. They pass by only once and if you are busy tredding on that worn road, then they are lost forever. View all posts by A Silent Spectator

2 thoughts on “Slow Down”